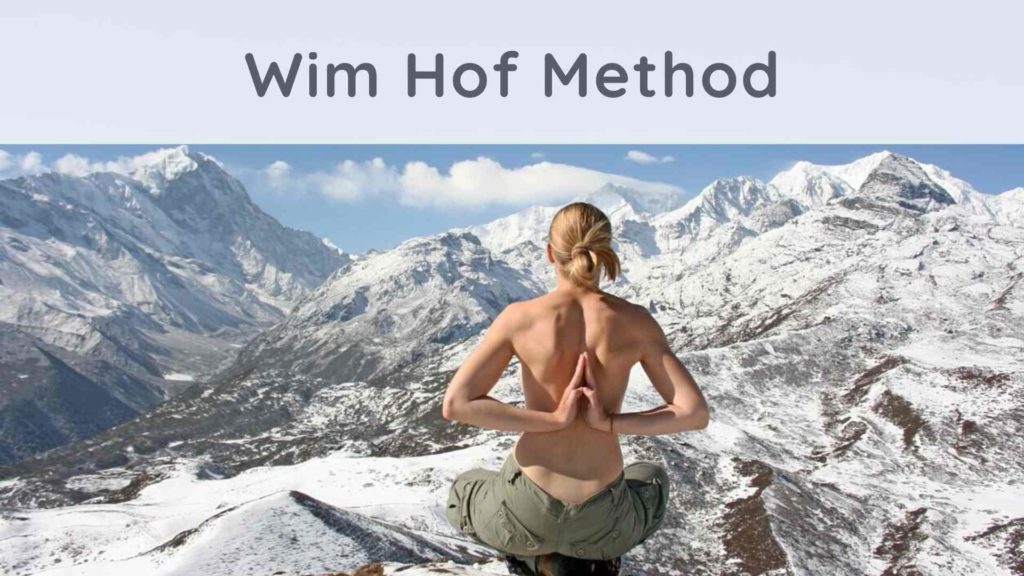 NOTE: I highly recommend you read this article on the dangers of the Wim Hof method (all newbies have read it before starting, or not…).

Nicknamed the iceman, Wim Hof ​​is a Dutchman known for repeatedly breaking the Guinness record for exposure to extreme cold.

In the 2000s, he developed a method of meditation and breathing control better known today as the Wim Hof ​​Method.

Discover in this article the dangers of hyperventilation and cold shower advocated by this method.

Imagine that by following a breathing method, you suddenly become able to control and reach a state of well-being and fullness where you no longer feel any fear, stress, or anxiety.

Thanks to this method, you feel calm and serenity until you maintain your breathing for very long periods.

It is called the experience of total and absolute freedom!

By adopting this method of breathing, you enter into resonance with your inner being.

It’s a technique to unleash the potential within you and feel incredibly alive.

Thus, the Wim Hof ​​method would allow you to enter through the front door into a world of connection between body and mind.

He decided to follow a long training to achieve this result.

It is, therefore, essential to note that the Wim Hof ​​method is an excellent breathing method, but one that requires frequent training with a professional trainer.

He has widely communicated about the dangers of this method.

This method consists of breathing with the belly with the mouth open following a compound cycle.

These reactions can cause a spasmophilia attack or fainting.

It is, therefore, dangerous to apply this method by being alone and without prior support.

It is not recommended to practice this method in an aquatic environment.

There is a risk of fainting and loss of control, which could cause the person to drown in the water.

This method sometimes causes hyperventilation, which is the cause of stress and even anxiety.

Wim Hof advises increasing the challenge to the maximum to defy the cold, which is very dangerous.

Also, your lungs get additional stress in this method.

Hyperventilation is a way of breathing that involves increasing inspiration.

Hyperventilation produces a change in the proportions of blood gases with an increase in the oxygen level and a decrease in Carbon dioxide.

This method is responsible for the change in blood pH.

This practice can be hazardous because the body’s alarm mechanism is distorted, which causes a drop in blood flow to the brain.

The Dangers of Hyperventilation with the Wim Hof ​​Method

The consequences of hyperventilation depend mainly on the origin of the respiratory method.

Although these disorders can sometimes be harmless, be aware that using the Wim Hof ​​method, hyperventilation can create serious complications.

In the most severe cases, hyperventilation can lead to acute respiratory distress, the consequences of which can be fatal to the individual.

The dangers of the cold shower

Wim Hof’s method of taking a cold shower is not a harmless practice at all.

Indeed, this common practice during antiquity can cause severe discomforts.

You can simply faint.

Fainting can have severe repercussions for the organism and be fatal even on the first attempt.

If you fall inanimate in your shower, your head can crash into anything or hit the ground, causing brain damage.

If you have a heart condition, it is strictly forbidden to shower with cold water without the consent of your cardiologist.

In the case of medical contraindications, do not take the risk as it can be the cause of a heart attack.

If the iceman can cope with this temperature, it costs him a long training with professional trainers.

Don’t do this at home! Again, security prevails.

If you are used to taking cold showers, it is best not to exceed the limits.

Too cold and too long a shower could speed up your heart rate.

Wim Hof’s method is a technique that excites many people because it helps to fight cold, stress, and even fear.

However, it presents enormous dangers that can lead to death.

It is possible to know how to breathe well without hyperventilation.

While this method can be beneficial, it is best to have a breath that respects the human body.

For that, you have to breathe without stress, learn slowly, and follow specific steps.

If you want to take the risk, it is best to first shower with lukewarm water before going to the Scottish shower.

Only after, you can take a shower in cold water, starting by wetting your arms and feet.

Little by little, the organism adapts to the changes without creating a dysfunction.

In summary, the iceman method is a technique that requires training over a long time.

Avoid exposing yourself to the risks and complications that this method can cause, because it is not without danger.

Ophthalmic migraine: how to get rid of it?

TIPI method: how to eliminate stress?