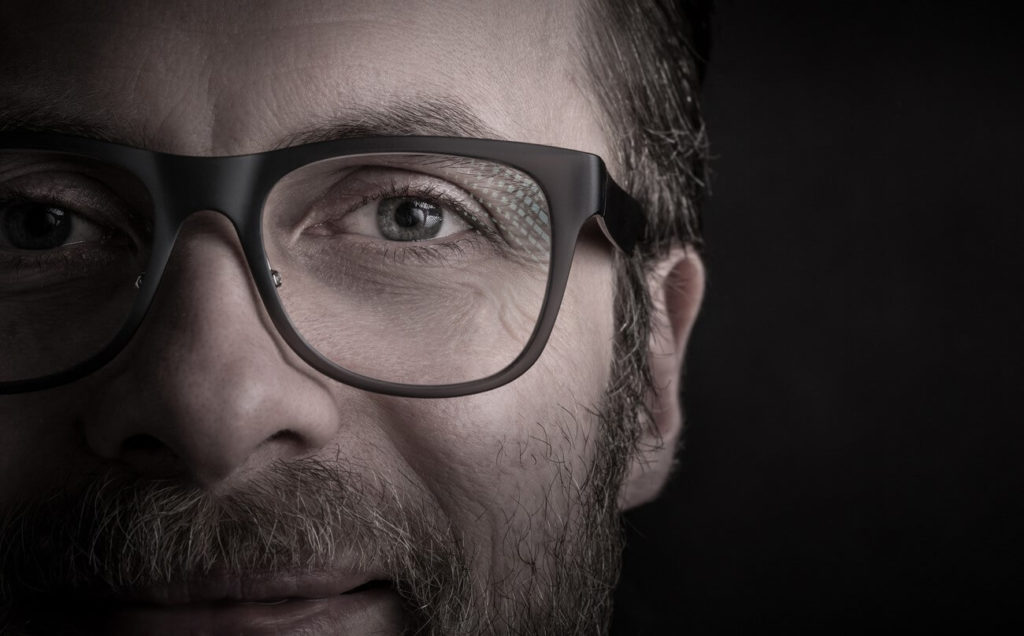 Blinking is a normal and important phenomenon in humans.

This involuntary reflex, also called nictation, helps moisten the eye by distributing tear fluid (tears) evenly over the surface of the eye.

This daily action prevents dust or any object from entering the eye, and protects it from strong light.

Be aware that newborns do not blink as much as adults.

The frequency of nictation increases with age, as the nervous system develops.

An adult blinks about 14 to 17 times per minute.

The flow of blinking increases when speaking, when nervous or stressed, in pain, or in the face of strong lights.

This mechanical gesture also increases when the eye is defended against allergies, foreign bodies, dust, eyelashes …

Conversely, the blinking frequency may decrease in certain circumstances, for example during reading.

If you don’t blink enough, your eyes may become more sensitive, dry, or photosensitive (sensitive to light).

When one blinks or winks, the muscles of the eyelid contract; it is the orbital muscles which are concerned during the forced closure of the eyelid.

In order for these muscles to contract and relax at the right time, they must receive messages from the nervous system.

This is the role of the facial nerve.

When its functioning is disturbed, nervous tics appear.

There are three main cases of excessive blinking of the eyes: Tourette’s syndrome, blepharospasm and dyskinesias.

It is a neurological condition characterized by uncontrolled, involuntary and brief motor tics.

It is a rare disease, which affects more children, more specifically boys.

Symptoms increase sharply in adolescence, but decrease in adulthood.

– The appearance of motor and / or sound tics suddenly, briefly and involuntarily.

Motor tics (blinking of the eyes) particularly affect the face, head and shoulders.

The sound tics (click of the tongue, cries…) as for them, appear later.

A state of stress, fatigue or anxiety contributes to the aggravation of these.

No treatment is currently available; but therapy can be helpful.

Blepharospasm is one of a group of diseases called dystonias.

These are contraction disorders that only affect the orbicularis muscles, present around the eye.

They are located in three areas: above the palpebral eyelid (the layer that covers the top of the eye), at the corner of the eye and all around the eye socket.

When you have this disease, it means that the facial nerve is not working well.

The elements that control the orbicularis muscles of the eye pass through the forehead and are sometimes found compressed or disturbed by the arterial loops.

Hence involuntary contractions of the muscles of the eyelid.

This kind of so-called “nervous” tic can also be associated with unilateral contractions of the superficial muscles of the face.

Dystonia of the eye is commonly noticed in people between the ages of 50 and 70.

It is sometimes accompanied by other symptoms such as: sudden grimacing, rolling of the eyes, a feeling of heaviness around the eyes, drooping eyelids, swelling around the eye, a dry feeling in the eye and excessive sensitivity to light or bright sunlight.

The causes of this neurological disease are unknown.

His diagnosis is very difficult.

Treatments are mostly symptomatic because the doctor can only address the symptoms directly.

Botulinum toxin injections (low doses are injected into the muscles of the eyelids in order to block the transmission of nerve impulses from the nerve to the muscles, and therefore muscle contractions) are among the rare treatments offered.

Dyskinesia is linked to abnormal muscle activity, resulting in involuntary movements of the head, face, and even the tongue.

Medicines such as neuroleptics can cause this disease, mainly tardive dyskinesia (it most commonly affects the face, mouth and trunk).

Primary ciliary dyskinesia (PCD) on the other hand, is passed on from parents at the time of conception and present from birth.

It is due to the immobility of the body’s vibratile cilia, present in particular in the respiratory system (nose, sinuses, bronchi), ears, and spermatozoa (this is then their tail, called flagellum. ).

It affects both girls and boys, and is detected more or less late.

A clinical examination can make it possible to observe tremors, tics …

Blinking is a daily reflex in humans.

We reproduce this action over 14,000 times a day (except when we sleep).

Nictation would allow the brain to take breaks; it goes from a “concentrated” mode to a “relaxation” mode.

These light breaks give him the opportunity to save himself, by not staying focused on an idea or an action.

The rhythm of the beating of the eyes therefore has a relation with the brain.

Depending on the circumstances, our brain may subconsciously change the pace.

As important as the other senses, sight must be entertained; you must therefore pay attention to the different signs.

The eyes react to the presence of a foreign body, but also to illness.

Excessive blinking is a nervous tic.

Indeed, such an acceleration of the normal beat rhythm is very often linked to a nervous disease.

Whatever the case, the disease is often detected late, and the cause uncertain.

The eye warns us, but we tend to take this gesture for a simple nervous tic.

It is possible that this is an innocuous gesture; but in case of constancy and association with other symptoms, consider consulting.

How to love others and forgive people?

How can you cure your fear of going to the toilet in public places?