Acupuncture : how does it work? 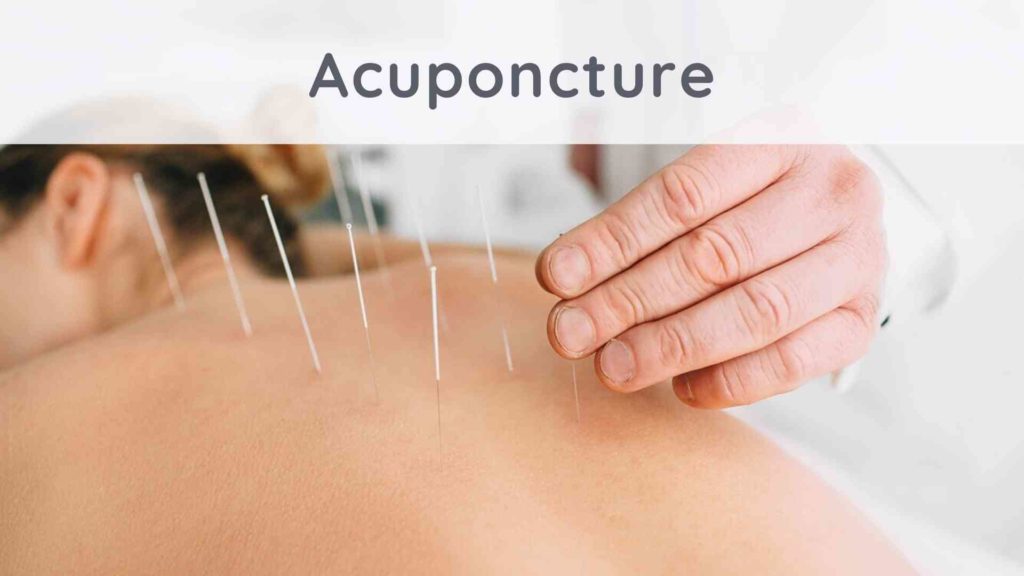 One of the founding methods of traditional Chinese medicine is acupuncture.

This practice addresses the root causes of health conditions.

It consists of stimulating certain targeted areas of the skin called “acupuncture points”.

It is used in the treatment of several conditions such as colds, insomnia, depression, stress, and even hormonal disorders.

In this article, we will give you an update on how acupuncture works.

Old of several millennia, traditional Chinese medicine is a summary of several specialties such as pharmacopeia, dietetics, and body techniques.

Among these is acupuncture.

It is indeed a technique of stimulation of specific points of the body, called acupuncture points, with a therapeutic purpose.

In practical terms, it involves the introduction of small needles into the skin at specific points along twelve energy pathways, called “meridians”.

The introduction of acupuncture in Europe is estimated around the 16th century, but its international recognition began in the 20th century.

The purpose of acupuncture is to restore the circulation of vital energy, tone it up when it is insufficient and disperse it after a blockage.

This practice of traditional Chinese medicine sometimes finds its similarities in other conventional medical techniques or treatments.

How does acupuncture work?

The principles of acupuncture identified 366 points on the body.

These are located along 12 energy circulation paths, called “meridians”.

Understanding how acupuncture works require to understand human health as a whole.

Chinese doctors identified the energy circuits and then highlighted their function.

However, the way acupuncture works remain complex to understand.

Experience and observation are essential to provide care through this therapeutic practice.

It’s an art to heal, taking into account the energy of the universe, food, and many other elements.

An acupuncture session is being prepared

Thus, before the session, the acupuncturist practitioner begins with an energy diagnosis.

It identifies in the subject excess yang or yin.

Then, it determines the meridian control points to finally place the (disposable) needles for around twenty minutes.

The purpose remains the stimulation of energy to find a yin-yang harmony.

Rest assured, the bites are not painful, but fatigue can be felt after the session.

Course of a typical acupuncture session

The acupuncture session usually starts with an appointment with an acupuncturist.

The purpose of this step is to determine the patient’s general health, medical history, and potential energy imbalances.

To this end, the therapist performs palpation and a careful examination of the eyes, tongue, skin color, body temperature, and takes the pulse.

The information recorded provides information on the general state of functioning of the organs or the nervous state of the patient.

During an acupuncture treatment, the patient generally remains in the lying position.

The acupuncturist uses up to fifteen needles on the points to be treated according to the information previously collected.

Besides, several sessions are required, which must be spaced 15 days to three weeks maximum.

This time difference makes it possible to observe the results of the treatments carried out.

However, the number of sessions and their spacings depend on the patient’s age and pathology.

For example, quitting smoking takes three to five sessions, while a case of anxiety and depression can take several years of treatment.

The practitioner can suggest additional actions to strengthen the treatment.

Like applying movements to the needles, using moxibustion (heat by combustion), suction cups, or electrostimulation.

If the treatment is followed to the letter, the patient may be relieved immediately or after a few days.

During an acupuncture session, calm is a necessity to benefit from the benefits of the treatment entirely.

When to consult an acupuncturist?

Consulting an acupuncturist is a free choice.

The advice of his attending physician is not necessary to consult one.

This therapeutic method is popular with the elderly, suffering from rheumatism, or by people who cannot tolerate anti-inflammatory drugs.

However, acupuncture does not treat all pain, although it has no side effects.

Here are the cases in which you can consult an acupuncturist.

The heaviness of the legs indicates that the yin is stagnating and is often caused by excess humidity.

The spleen and its meridian govern the body’s fluids.

In the case of dysfunction at this level, disorders are noted and are aggravated in case of renal failure.

The use of small needles will then reactivate the two organs.

One session per week for a month decreases the feeling of heavy legs.

In case of sleep disturbances with insomnia and the like, the acupuncturist “sets the record straight”.

Acupuncture facilitates sleep by working on the meridian of the liver in the event of awakening around 2 am.

Two sessions are often necessary, one per week.

To get rid of back pain

One of the natural obstacles to the circulation of energy remains the joints.

So, when all is well, the “chi” crosses these barriers without hindrance, whereas in case of chronic stress, the muscles contract, the discs are dehydrated, and blockages frequently occur at the vertebrae.

With these needles, the acupuncturist acts on the inflammation.

It is advisable to do three renewable sessions every two weeks.

Complementary medicine is widespread around the world, and acupuncture helps to put our organs back into operation.

This practice is subject to several scientific studies to assess its effectiveness with many therapeutic indications.

Nowadays, the only scientifically proven beneficial effects are limited to a few specific applications.

Also, be aware that alongside traditional Chinese acupuncture, which uses golden and spiral needles, there is a Japanese acupuncture that uses silver needles.

Memory loss : how to strengthen the ability to memorize?

Tinnitus: how to relieve ringing in the ears?