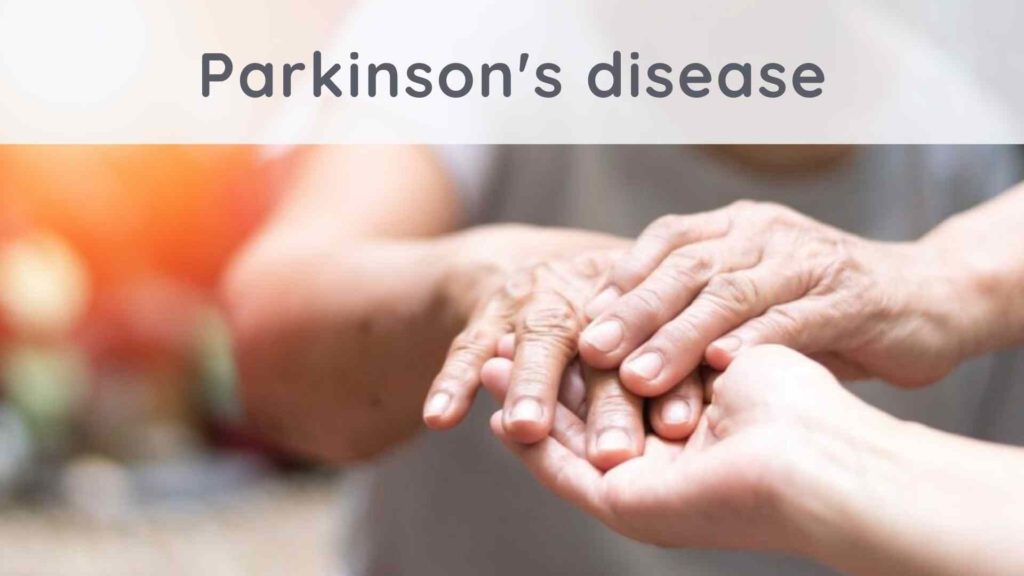 We are talking in this article about a particularly dreaded disease in the world, Parkinson’s disease.

This pathology is a degenerative condition that affects a distinct category of nerve cells in the brain.

The symptoms are quite recognizable (tremors, loss of balance, etc.), and the disease is best known for being incurable.

Researchers are still working to find an effective treatment, but there is no definitive one today.

However, since the sixties, several advances have been made in the medical field concerning the functioning of the brain.

New treatments have been discovered to slow the progression of Parkinson’s disease and better control the symptoms.

In this article, you will find everything you need to know about this disease and various methods to reduce the symptoms.

Parkinson’s disease, what is it?

First of all, be aware that it is a neurological disease that affects the nerve cells involved in controlling movement.

These cells die gradually with a consequence of affecting the level of dopamine, a substance that is responsible for controlling movements.

So far, the causes of this degeneration are only presumed causes.

To date, no factor has been confirmed to cause Parkinson’s disease directly.

Several avenues have been put forward, such as exposure to chemical substances such as certain pesticides, or metals in the air (lead, iron, etc.).

But all of these likely causes remain to be confirmed.

Parkinson’s disease is first observed in tremors in one hand, then in the other limbs because the muscles are less and less able to relax at rest.

Then, a loss of balance will be observed in the affected person, then an inability to walk normally.

Other symptoms will be observed, such as slowness of movement, as well as stiffness.

One of the psychological consequences of a lack of dopamine is depression.

These people cannot bear the stress that their pain creates and sinks into an emotional abyss.

In most cases, patients are often subject to episodes of stress.

Symptoms are undoubtedly common in patients, but the evolution of the pathology remains specific to each organism.

It is known that in adults over 55 years of age, life expectancy can go up to over 13 years, while in younger patients, the mortality rate is much higher than that.

How to treat Parkinson’s disease?

Above all, trust the recommendations of your specialist doctor; he is the most competent to tell you what to do or what to take.

It is, therefore, vital to consult a neurologist if you have not already done so!

Any doctor will recommend that you see a specialist right away.

So what about treatments?

Most of the treatments revolve around these points: reduction of symptoms and production of dopamine.

Several drugs help to maintain the dopamine level to counter the deficit in the brain, which allows the patient to control his muscular movements better, and also to balance his moods.

They do not contain dopamine strictly speaking but help to slow down the destruction of dopamine molecules in the brain.

The drugs developed for the treatment of Parkinson’s disease are numerous, and dopaminergic drugs are sometimes combined for more effective results.

There are other drugs taken in parallel to counter specific symptoms and also lengthen the effects of dopamine and acting as antidepressants too.

This intervention is intended for patients who see their case progress for more than 5 years and those who are no longer reactive to other treatments.

The operation, although carrying some risks, is remarkably effective.

It consists of introducing microelectrodes into the cerebral cortex, more precisely in a deep nucleus, to chronically stimulate this area.

Everything is painless, nothing is visible after the intervention, and the operation is reversible.

It is necessary to call on a physiotherapist very early to allow the sick person to keep as much as possible his motor capacities, his physical balance, and his muscular coordination.

Physical exertion is always the most direct way to combat the progression of the disease.

It is also an area not to be overlooked.

Above all, the patient’s family should not let the patient isolate himself.

It is necessary to call a professional for adapted psychotherapy, but it will also be required that the patient is supported, surrounded by love and comfort.

The doctor may recommend a special diet, allowing better absorption of the prescribed drugs.

But in any case, you will need to maintain a proper protein diet.

Physical activities are also part of the treatment but must be adapted to the physical condition of the patient and the disease’s evolution.

A person with Parkinson’s disease can live for several years if treatment is started soon enough.

The patient’s entourage will play a significant role, as will the specialists who follow him.

The choice of treatment should only be prescribed by a specialist, in this case, a neurologist.

Death anxiety : how can we not be afraid to die?

Marathon Preparation: how to prepare for running?