Orthorexia: how can you not be obsessed with food? 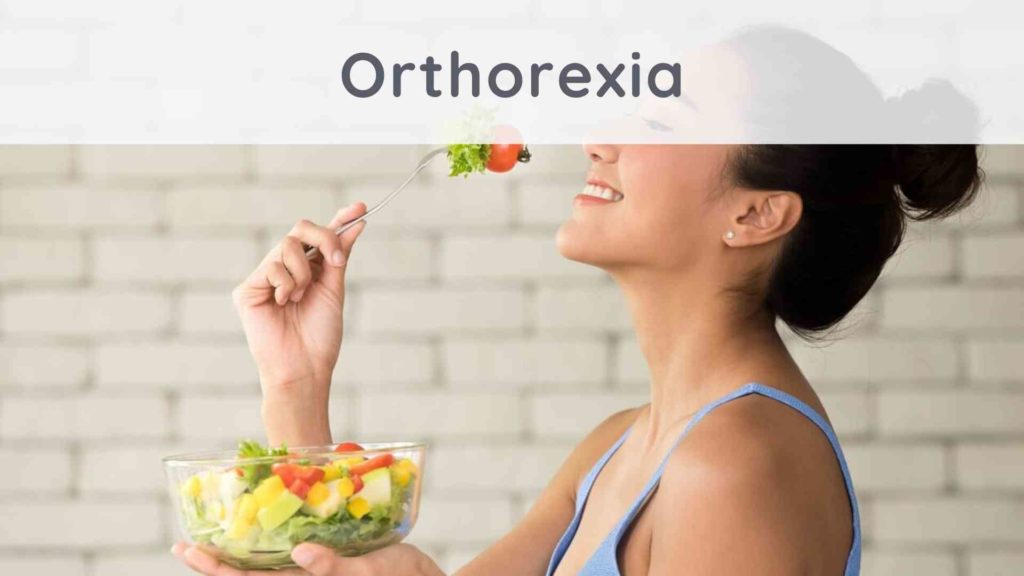 Coming from two Greek words, “orthos” and “orexis,” which mean “correct” and “appetite,” respectively, orthorexia is dietary deviance that was first mentioned by Doctor Steven Bratman in 1997.

Officially, orthorexia is not yet recognized as an eating behavior problem like bulimia or anorexia.

However, the fact remains that cases of orthorexia are more and more frequent.

So here’s what you need to know about orthorexia.

Orthorexia is defined as a psychological state in which a person continually feels the need to consume healthily.

It shares common points with anorexia in the sense that like an anorexic person, the person suffering from orthorexia will try to control everything that enters their diet.

Be careful not to think that anyone concerned with their diet and well-being is necessarily orthorexic.

Orthorexia, in its manifestation, is more virulent.

People who suffer are obsessed with eating healthy all the time, often risking their physical and mental health.

Basically, for an orthorexic, there is no question of favoring the pleasure of eating or sharing a meal at the expense of the quality of food.

Like bulimia or anorexia, orthorexia is increasingly common in developed countries.

It can be explained in particular by several factors: the full availability of food products and the proliferation of advice and theories on the food itself.

The most at risk are rather tricky to locate.

Where some studies have shown that men are most at risk, others have proven the opposite, claiming it is women.

Athletes are also exposed to orthorexia because of their desire to eat a diet that can guarantee their best performance.

What are the symptoms of orthorexia?

Orthorexia is not, strictly speaking, a disease.

Instead, it should be classified in the category of eating behavior problems, which makes it more challenging to diagnose orthorexia.

However, there are more or less visible signs that can determine if a person has orthorexia.

What are the disorders and complications associated with orthorexia?

The only orthorexia-related disorder is food obsession, in the form of obsessive-compulsive disorder, which leads orthorexics to believe they adopt the perfect diet.

The direct consequence is the application of precise rituals, as well as a need for permanent control, which can cause orthorexics a lot of stress and anxiety.

Orthorexic people end up having an awful opinion of themselves when they have trouble following the diet they have imposed on themselves.

They feel guilty of crimes they did not commit, and they completely lose self-confidence.

There are two levels of complications from orthorexia.

The first level is a moderate type.

The complications, in this case, are not too severe.

They are almost on the same level as the complications of veganism.

The second level of complication is linked to extreme orthorexia.

In this case, orthorexia can turn out to be very dangerous, even fatal.

Indeed, it can be the cause of the deficiency in certain nutrients and vitamins essential for the proper functioning of the body that can affect muscles, bones, the hormonal cycle, or the brain.

It should also be pointed out that, like any obsessive behavioral disorder, orthorexia can be the source of social isolation, and it can seriously affect the professional or romantic life of people who are suffering.

What types of treatment should be recommended in the event of orthorexia?

There are several steps you can take to treat cases of orthorexia.

They range from support circles to psychotherapy, including medical follow-up, or family support.

Regarding support circles, these can be support groups where the orthorexic is led to share his experiences with people who are in the same situation or who have overcome it.

Psychotherapy aims to enable the suffering person to learn to eat for pleasure.

The course of treatment is based on the model of behavioral and cognitive therapies applied in the context of obsessive-compulsive disorder.

It consists of a set of practical exercises and role-plays that put the orthorexic in front of his greatest fears.

Medicines are often recommended for people suffering from orthorexia to relieve the patient of symptoms such as chronic stress, anxiety, or depression.

In short, wanting to eat healthily is a good thing; however, making it obsessive at the expense of your mental and physical health could be dangerous.

By becoming aware and asking for help, it is possible to get out of it.

Heart palpitations: how to calm your heart?

Otitis: how to treat it naturally?