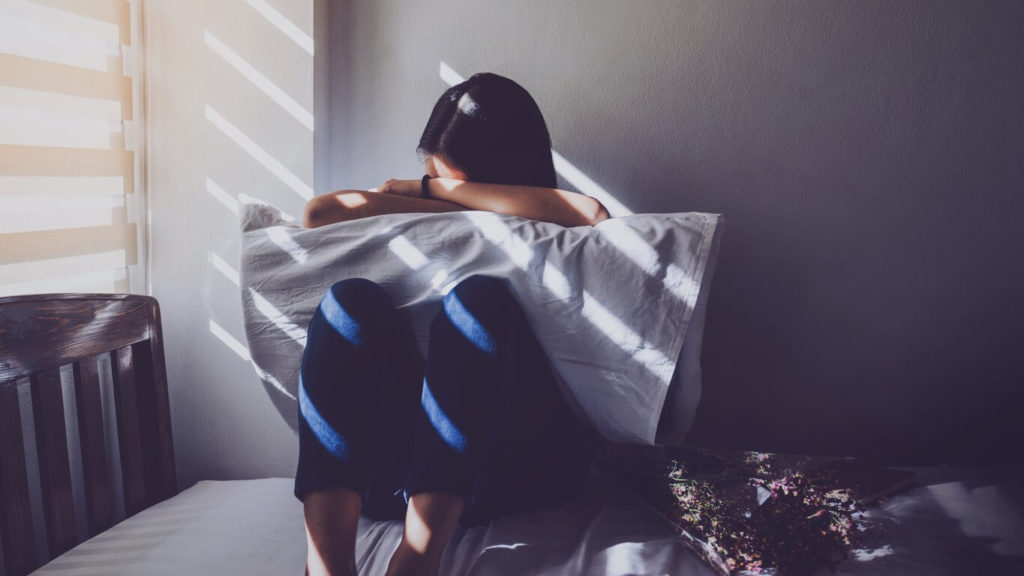 Affective stress is a state of acute stress characterized by different symptoms.

This article aims to explain everything about emotional stress in order to help understand psychoaffective disorder.

Psychoaffective disorder: What is it?

Psychoaffective disorder, the result of emotional stress is a term used in psychiatry to refer to a mental disorder.

It is a disease characterized primarily by numerous episodes of mood disturbances and schizophrenia.

These symptoms appear most often in adulthood, but can also occur in adolescence.

They can all occur at the same time or at different times.

The prevalence of psychoaffective disorders is between 0.5 and 0.9 in 100 people.

To date, there is no test performed on this disorder, although changes in metabolism are observed in the process of metabolism of BH4, glutamate, dopamine in people with psychoaffective disorders.

It should be emphasized that neurobiological, environmental, psychological and even social factors can intervene in the manifestation of the disease.

Likewise, taking certain medications can cause, exacerbate and worsen the symptoms of the disease.

You have to distinguish psychoaffective disorder from a simple mood disorder.

It differs from mood disorder in that we speak of a psychoaffective disorder when psychosis meets criterion A for schizophrenia.

This encounter gives rise to symptoms such as hallucinations and delusions which are the classic symptoms of psychosis and cognitive symptoms.

Delusions are characterized by the perception of false beliefs such as: the belief that a trivial event has special and personal significance or the belief that others are inferior.

Sound hallucinations are the most common, but sometimes they involve all five senses.

We speak of hallucination when the patient experiences a dysfunction of perception.

Other symptoms can also be seen.

These are mainly different mood disorders such as:

Hence the need for a medical diagnosis to determine exactly whether it is a simple mood disorder or not, especially since a period of improvement can follow a period of severe crises. .

This diagnosis does not require any laboratory or imaging test and is made on the basis of the symptoms reported by the patient’s family, symptoms and other clinical signs.

It is also based on the behavior of the patient and their experiences with these symptoms.

The causes of psychoaffective disorders

The causes of psychoaffective disorders are not yet fully understood.

Nonetheless, it is recognized that there is a group of people with severe form of schizophrenia and others with severe mood disorders.

There are also indications that schizophrenia is a psychotic illness.

Genes interacting with certain environmental, biological and social conditions are believed to be at the origin of psychoaffective disorders.

On the other hand, prolonged anxiety, painful events, taking drugs, taking high doses of alcohol can cause a psycho-emotional disorder, accentuate and worsen it.

Several treatments are possible to help the patient.

They are primarily therapy-based and usually begin with seeing a doctor.

A psychologist is then consulted for psychotherapy characterized by an extensive program of talk therapy.

The goal is to help the patient to access the cessation of his suffering.

The psychologist will therefore be primarily concerned with treating mental disorders through speech therapy.

They can also use psychoeducation to support, comfort and enhance the person through mental health education.

Psychological and social rehabilitation being essential, as far as healing is concerned, the psychologist can also use family therapy.

Furthermore, when there are risks that persist for the patient and those around him, it is necessary to proceed to hospitalization.

Psychotherapy does not aim so much to cure the symptom, but to describe and understand the psychic functioning of the patient. The latter could resort to a psychiatrist for the treatment of mental disorders using drugs.

This is because people with psychoaffective disorder usually respond to a combination of medication and psychological support.

As for drugs, it consists of taking mood stabilizers, antidepressants, neuroleptics, antiepileptics, inhibitors which generally relieve the patient.
More specifically and by way of example, the neuroleptic alleviates the symptoms of certain thought disorders and improves them.

Although psychoaffective disorder is serious, it can be overcome.

As soon as symptoms appear, seek immediate medical attention to make sure it is indeed a mood change.

If the disorder is confirmed, it is best to practice the recommended solutions.

How do you learn to love and respect yourself again?

Why meditate: the benefits of spiritual practice?