Anorexia nervosa: how to regain your balance? 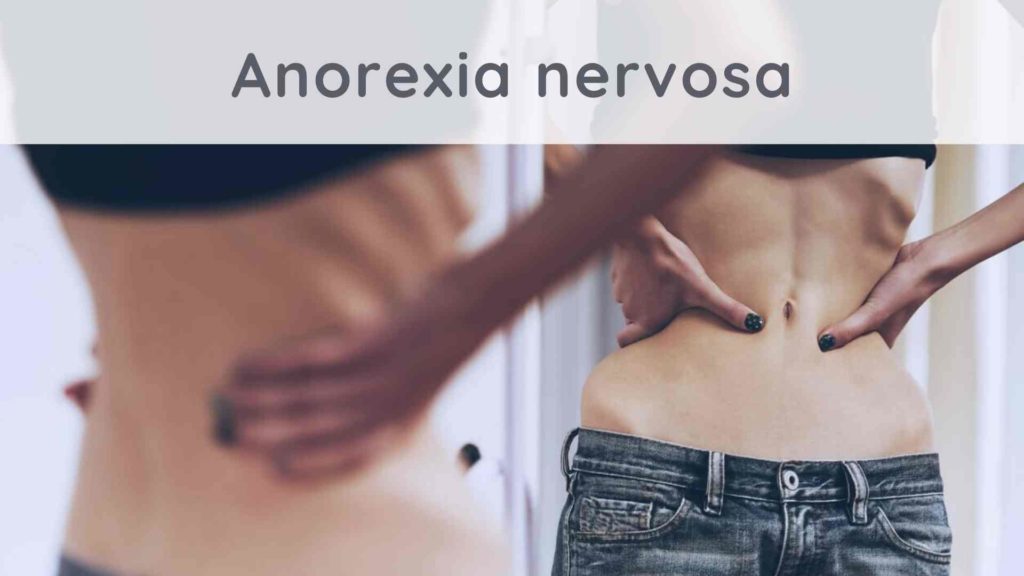 Anorexia nervosa is an eating disorder found in the family of eating behavior disorders (ATD), just like bulimia and hyperphagia.

This disease mainly affects girls aged 14 to 20 and is characterized by a phobia of weight gain.

The person who suffers from anorexia nervosa, therefore, feels the irrational and uncontrolled fear of losing weight.

If you have anorexia nervosa, read this article to learn all about the disease.

We inform you about the causes and symptoms of the disease, as well as its consequences.

You will also discover the means for your healing.

What are the causes of anorexia nervosa?

The leading cause of anorexia nervosa is psychological, and this occurs mainly in adolescence.

The origin of anorexia is the obsession with thinness linked to the preoccupation with having a particular physical appearance.

Genetic factors or traumatic personal events such as a school problem, grief, divorce, rape, a feeling of rejection or isolation can also cause anorexia nervosa.

The patient responds to all of these triggers by refusing to eat.

The profile of the anorexic person shows the following behaviors:

The onset of anorexia nervosa can also be late, which is mainly linked to a stressful situation experienced by adults such as the loss of their job, marriage, death of a loved one, divorce, etc.

Childhood sexual abuse can also be a trigger for eating disorders.

What are the symptoms and signs of anorexia nervosa?

It often takes time before you can detect the symptoms of anorexia nervosa.

The classic symptoms of the disease may be subtle at first before they can worsen over time.

The patient will go through a phase of refusal and will persist in denying and hiding his phobia of food, his refusal to eat, the rejection of his physical appearance.

The characteristic signs of anorexia nervosa are:

There are two forms of anorexia nervosa.

It is the most common and is characterized by a phobia of weight gain and rejection of any food.

This anorexia is marked by a feeling of global control of the physical, emotional, and relational environment.

People with restrictive anorexia feel the need to control their bodies, the calories they eat, and the world around them.

In addition to this feeling, they reject any form of pleasure: food, sexual, emotional.

Hunger allows them to have a grip on their anxieties.

This form of anorexia is less common, unlike the first.

The patient exhibits bulimic behaviors marked by massive compulsive absorption of food, followed by spontaneous or provoked rejection or vomiting.

Bulimic anorexia mainly affects self-esteem and can progress to depression and suicidal feelings.

What are the consequences of anorexia nervosa?

The consequences of anorexia are numerous and not only limited to weight loss.

We all know that malnutrition and poor nutrition have negative impacts on the body and cause serious physical problems.

Indeed, the anorexic person must face many deficiencies in vitamins, proteins, and fatty acids.

Psychological consequences such as depression, suicidal tendencies, reduced libido, angry temper, or difficulty concentrating may be seen in patients.

Repeated vomiting can also cause erosion of tooth enamel, inflammation of the esophagus, swelling of the salivary glands, and low potassium levels.

For people with chronic anorexia, the most severe complications are death or suicide.

How to help reduce anorexia nervosa?

Treatment must be done mainly at three levels: medical, nutritional, and psychotherapeutic, to recover from anorexia nervosa.

Studies have shown that taking antidepressants is effective in fighting depression linked to anorexia.

This solution also allows anorexics to keep a healthy weight after hospitalization.

Anxiolytics can also be prescribed to reduce the anxiety that plagues people with anorexia when eating.

After a medical evaluation, other drugs may be prescribed.

This treatment is done in addition to drug treatment and psychotherapy.

The coordinating doctor of the multidisciplinary team accompanying the patient will set many goals to achieve, the main one being weight gain via a nutrition program adapted to the nutritional needs of the person.

This management is essential and calls for the personal involvement of the patient.

The nutritional therapy will allow the anorexic person to resume good eating habits, a balanced diet, and to relearn to eat quantitatively several times a day.

Information will also be provided to help lose the habit of using methods such as laxatives if this were the case (while explaining to him the ineffectiveness of such behaviors).

Psychotherapies can take place individually or in groups.

Their goal is to improve the perception and self-esteem of the anorexic person and to work on these anxieties.

They can also be addressed to the family of the patient that is affected by the overall situation.

What else should you know?

When anorexia is detected and treated early, recovery follows quickly.

Besides, it is necessary to underline the contribution of the entourage of the patient in the treatment, which is very important for the anorexic person.

Symptoms disappear in most cases over 5 to 6 years after the onset.

Also, hospitalization of the patient might sometimes speed up the recovery.

But this situation is only envisaged when serious complications are observed on the patient’s health.

Night anxiety: how to calm stress at night?

Agoraphobia: are there solutions to help?